I always find myself laughing at the funny interviews done by Jimmy Kimmel or Jimmy Fallon in their “Late Night” shows. They consist of various segments, all steeped in different styles of comedic skits and entertainment. The amount of ingenuity and creativity that is soaked in each particle of these shows is amazing. But the idea of having such a show in India never caught on, until Kapil Sharma of course. Kapil Sharma’s “Comedy Nights with Kapil” brought a different take at such shows and twisted them in such away that they provided comedic relief to the Indian audience.

And now, All India Bakchod (or AIB) are doing something similar with their new show called On Air with AIB. So what is this show about?

Well, this show is about a couple of guys from AIB (usually two) who touch on topics that are otherwise controversial or ignored by our Indian media. However they do this in a comedic, fun and especially innovative way. Between the gags and jokes is a hidden message in each episode. And I find that refreshing.

It cannot be compared to shows like ‘The Tonight Show Starring Jimmy Fallon’ or ‘Comedy Nights with Kapil’ or even ‘Jimmy Kimmel Live’. Instead, this show is something completely different.

So far, two episodes have aired: on Star Network’s HOTSTAR website/app, Star Plus and Star World. One of the “features” of this show is that it comes in Hindi and English, both. Hindi is usually handled by Tanmay Bhatt and Khamba, the founders of AIB, while the English version is handled by Ashish Shakya (am I naming him correctly?) and Rohan (he doesn’t need a last name. Everyone knows him from the Roast, by now!).

How is the English version different from the Hindi version? Technically, they both are the same. However each has a different set of jokes, even if the core topic and concept remains the same. The Hindi version panders more to the people who don’t follow English references and quips (DUH!) and the English version takes more of your intellect when it comes to parodies and funny innuendos. Personally, I prefer the Hindi version since I find that Tanmay and Khamba have a better ability to handle such a show than the other two. But that is my person opinion.

In general, the show is pretty much ‘Meh!’ and even though I love AIB, I feel they could have made it a lot more than what it is. The show starts with the above mentioned cast (2 in each episode) behind a desk, talking about one topic per episode. First one talked about Whistleblowers and the second about The Fire. It is an interesting concept, but a boring one.

The show is 29 minutes long, however only on Hotstar. Because of the crass nature of some of the jokes, and the occasionally use of bad language (bad, for some people only! :D) reduces the actual length of the show, when it airs on your television channels like Star World and Plus. For obvious reasons, the show is censored in places. This ruins some of the quality.

Also, the jokes are dim in general, compared to the other content produced by AIB. Again, they cannot increase the vulgarity of jokes since this is a project of Star Network rather than AIB alone. SO they have to meet the requirements and follow the rules, this time.

Herein my checklist of the things I want in a TV Show:

A definite must-try for everyone, but for long time watching? Nah… But then again, it is a matter of personal opinion since I don’t fancy such shows. This is definitely not my kind of a show, but I am sure there are many out there that might enjoy it, or even become crazy fanatics of this show! For me, the first episode raised my eyebrows and tickled my funnybone but the second seemed repetitive (in terms of its format) and just like that, my interest was gone. However some jokes did make me chuckle when I did sit to watch it (with utmost patience!).

Watch the first episode of On Air With AIB now on hotstar.
Hindi: goo.gl/qlUbCe
English: goo.gl/Yost

I would love to hear in the comment section what YOU think of this show!

The Best of Bleeding Mahogany 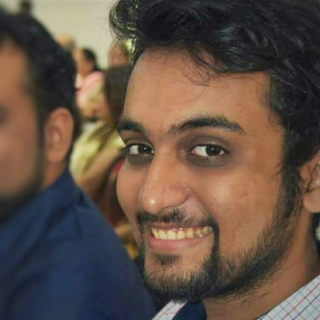